One of Australia’s best known operatic and recording artists 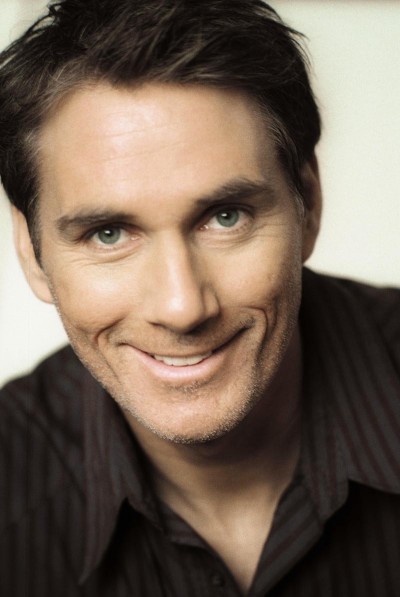 Australian tenor and composer David Hobson is one of Australia’s best-known operatic, concert and stage performers, with a repertoire that spans the gamut of musical styles from Baroque through to Pop.

Beginning his career in rock and jazz bands, David’s potential as a ‘classical’ singer was discovered by the Victoria State Opera in the 1980s. He subsequently made his name with Opera Australia in his award winning performance of Rodolfo in La Boheme directed by Baz Luhrmann (filmed in the early 1990s to world wide acclaim). Since then he has gone on to become a well regarded classical performer, major recording artist, most recently a music theatre leading man and a frequent television performer on shows like Carols By Candlelight, Carols in The Domain, Spicks and Specks, Dancing With the Stars (finalist in 2007), It Takes Two (winning with model/singer Erika Heynatz – 2006 and Comedian/TV host Julia Morris – 2008) and a presenter on Foxtel’s Studio. He has performed for Her Majesty Queen Elizabeth in the Great Hall in Canberra and sung at the AFL Grand Final.

Much in demand as a concert performer and recitalist, he frequently appears in oratorios such as Handel’s Messiah, Mendelssohn’s Elijah and orchestral works like Britten’s Serenade for Tenor and Horn and Zender’s powerful interpretation of Schubert’s Winterreise. Solo concert highlights include A Little Closer at the Sydney Opera House Concert Hall in 2008 and Am I Really Here? at the Adelaide Cabaret Festival in 2010. He has also toured nationally with Teddy Tahu Rhodes, Yvonne Kenny and at Leeuwin Estate with Yvonne Kenny in 2007 and Marina Prior in 2012.

David is also an award-winning composer with several notable scores to his credit. These include a music theatre version of Macbeth, produced by the Victorian Arts Centre, the chamber opera, Remembering Rosie, which was premiered in 2001 by Opera Australia’s Oz Opera, and the Loch Ard Suite for Shipwrecked a light and sound installation at Warnambool.  He composed the score to the feature film; One Perfect Day (awarded the Film Critics’ Circle of Australia award for best original score).  Together with the Australian composer David Hirschfelder, David released a highly acclaimed CD of original compositions titled Inside this Room. He also features on the soundtrack to the films, Elizabeth and Better than Sex.

Recordings include The Promise, A Little Closer, Presenting David Hobson, The Exquisite Hour, Cinema Paradiso, French and Italian Arias, Handel Arias, Inside This Room, Tenor and Baritone (with Anthony Warlow), You’ll Never Walk Alone (with Teddy Tahu-Rhodes) and Singing for Love (with Yvonne Kenny). The latter two recordings occupied Number 1 on the Classical Charts for several weeks. The Enchanted Way, a collection of folk songs from the British Isles, was another Number 1 chart success and Aria nominated. Many of his recordings contain original songs and arrangements by David including his most recent recording, Endless Days.  DVDs include Orphée et Euridice (Opus Arte), La bohéme, Cosi fan tutte, Don Giovanni, The Gondoliers, HMS Pinafore/Trial by Jury, Pirates of Penzance (ABC).

David has received many awards including The Dame Joan Sutherland Scholarship, Operatic Performer of the Year/MO Awards, Sydney Critics’ Circle Award, The Age Performing Arts Award (Best Performer in Opera) and an ARIA Award. He is Musica Viva’s In Schools Ambassador, an Ambassador for Heart Kids and Patron of the Ballarat Arts Foundation.